There are so many reasons why people love to own dogs. Most families want pet companions that can give additional love to family members. Others are more practical by having dogs as service dogs that can give emotional and physical support. Behind all the affection, loyalty, kindness, and companionship that they can bring, dogs have mouths that they can use for defense. It is innate for them to bite whenever they feel the need to do it.

You might be wondering which breeds of dogs have the strongest bite. Or you might be choosing a dog that does not bite hard. Either way, here, we give you the list of the top 15 dogs with the strongest jaw pressure.

What is PSI? Measuring the Strength of a Dog’s Bite:

In general, the larger the size of the dog, the bigger its mouth, and hence, the stronger its bite is. The strength of a dog’s bite also depends on the shape of its jaw and the size of its skull. The pressure that a dog’s bite exerts may depend on the kind of material they are biting. 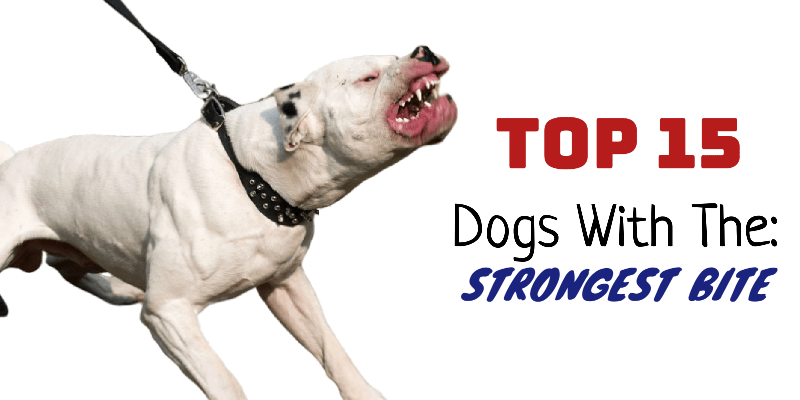 Now for the important part, let us take a look at the top 15 dogs with the strongest bite. The higher the PSI, the stronger the dog’s bite is. 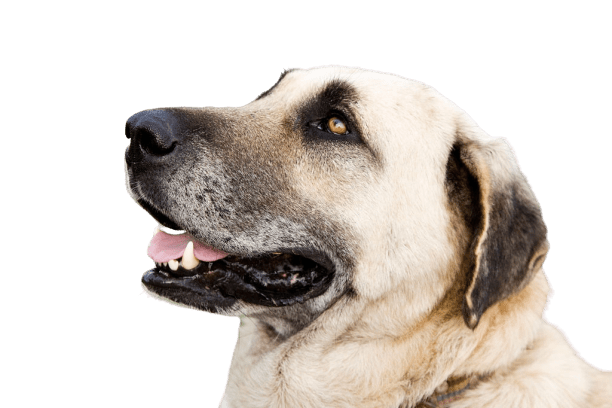 Let’s begin with the dog that has the strongest bite. It is none other than the Kangal with a stunning 743 PSI, the highest out of all breeds of dogs. Kangals have been trained as guard dogs that herd and protect sheeps and other animals from predators like wolves, bears, and jackals. They originated from Sivas City, Turkey. Kangals are also known for being protective and loyal but still kind and gentle towards people and other animals.

Kangals however are not well acquainted with strangers. They become aggressive and violent towards them. This make it difficult for Kangal owners to take them out for a nice walk. This can be addressed with proper socialization training at a young age. They should be trained to interact with other people and animals.

With the highest bite pressure ever recorded for a dog, Kangals can take down predators with their strong muscles. They are also quite fast. 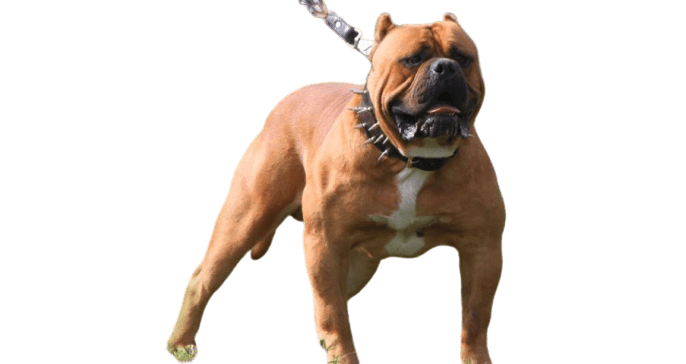 The dog with the second strongest recorded dog bite is the American Bandogge with 730 PSI, not too far from that of the Kangal. This breed of dog immediately gives off an intimidating appearance. And with its bite force, you don’t want to mess with it.

The bite of an American Bandogge can be strong enough to tear limbs and leave deep scars. The American Bandogge, however, is not officially recognized by the American Kennel Club as a standard dog breed. It has been known as Bandog ever since the Middle Ages. They came from a line of Molosser dogs which were used in wars during the Holy Crusade. Bandogs have been trained to become guard dogs.

Third on our list is the Cane Corso with a stunning 700 PSI of bite force. The Cane Corso breed is a descendant of the of the great canines from the Roman antiquity. They have been used to catch other dogs in rural areas. They were also used as attack dogs by carters, tax collectors, and night watchmen. They are indeed sentry dogs.

The most prominent feature of a Cane Corso is its large head. It also has a shiny coat that can either be colored black or fawn.

Despite of its brutal bite strength, the Cane Corso is actually an obedient and affectionate dog. They are smart and can be easily trained. The only concern for people who want to own a Cane Corso is training them properly about socialization, eliminating their overprotectiveness, and limiting their strong predator drive. 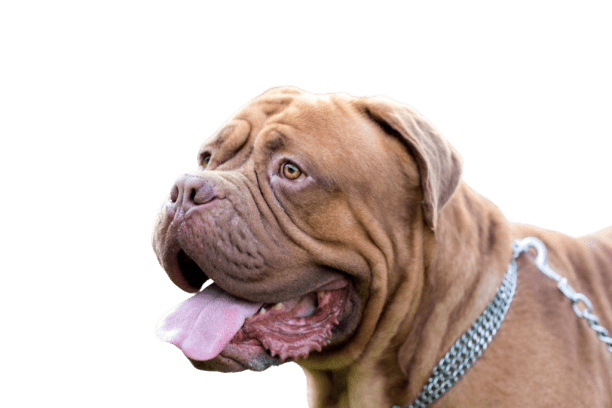 Dogue de Bordeaux has a bite force recorded at 556 PSI. This dog is actually gentle and kind. It loves to cuddle and be affectionate with humans. However, once it feels threatened, it will stand up for itself. Proper training is required if you don’t want your Dogue de Bordeaux to become violent and aggressive towards other people and animals. 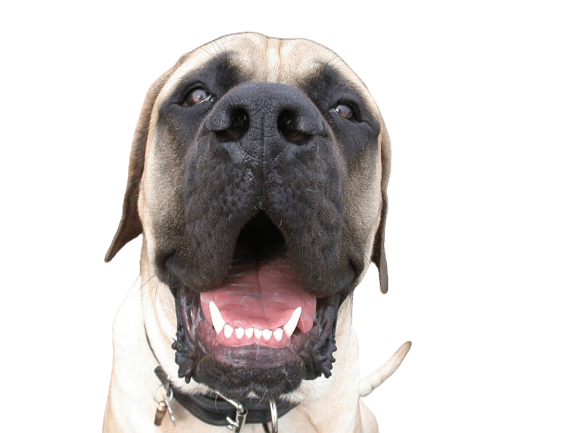 The English Mastiff is another one of those dogs that we are all familiar with. But don’t be fooled by its gentle disposition because it has a packing 552 PSI of bite force strength. Despite of this, the English Mastiff is very gentle and can easily bond with both adults and children. It is very affectionate but also has quite the energy.

The issue with an English Mastiff is that training it can be quite a challenge. With its size, a large training room is required for it to do simple tasks like playing and running. Owners of English Mastiff must make sure that they won’t let their dog get bored. 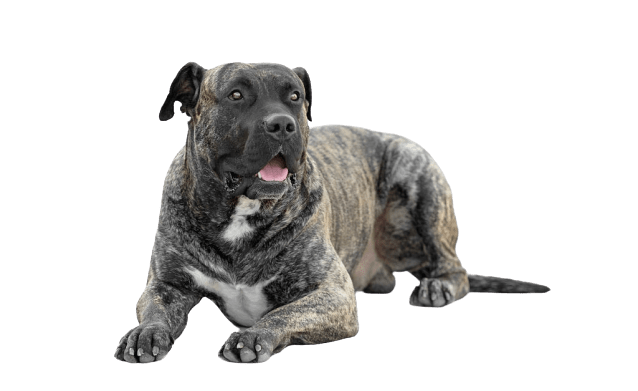 The Dogo Canario looks similar to the English Mastiff but the complete opposite when it comes to behavior. It has a large head and a heavy, rectangular body. It comes from the Canary Islands and is considered to be one of the most dangerous dogs of all time. There are several reports of this dog fatally attacking people.

It ranks 6th in this list when it comes to bite strength with 540 PSI. Its brutal bite can lead to serious injuries and even death from hemorrhage. The Dogo Canario has been used as a war dog in the past. It was also engaged into dog fighting until the activity became illegal in the 1940s.

Even up to this day, Dogo Canarios remain aggressive. In fact, countries like Australia and New Zealand ban their citizens from breeding this dog and having them as pet. Despite of that, Dogo Canarios are still much loved in the lands from where they came from. They can serve as great guard dogs for families. But they need proper training. 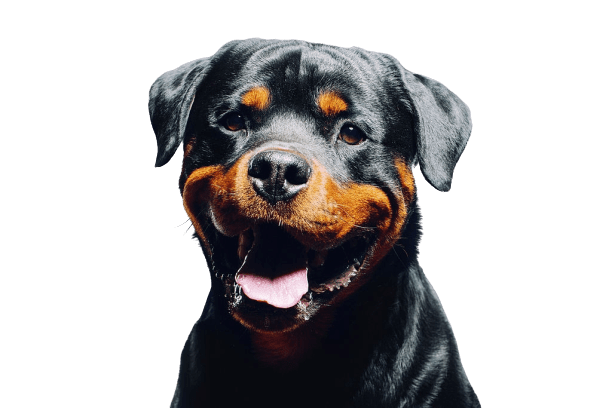 Next on our list is the Rottweiler. It ranks 7th in the list of dogs with the strongest bite having a bite force of up to 328 PSI. Rottweilers have been breed as tough dogs. They have helped people push things, pull carts, and guard families in their homes. Rottweilers are also one of the first breeds of dogs used by the military and police. Rottweilers assist them in their investigation and rescue missions.

Rottweilers have a strong build, great strength, and high levels of endurance. They are also fearless and intelligent. They can get alerted right away when they feel threatened. 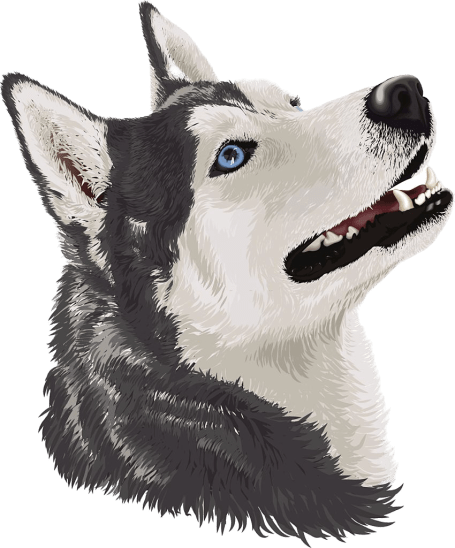 The Siberian Husky has a bite force of 320 PSI. Though they belong to the list of dogs with the strongest bite, Siberian Huskies are popular family pets because of their kindness, gentleness, and high level of intelligence. They are not violent or aggressive, especially when properly trained. But Siberian Huskies are quite energetic. You will notice them always running around the house so it is a good idea to have them release all their energy playing in the backyard. 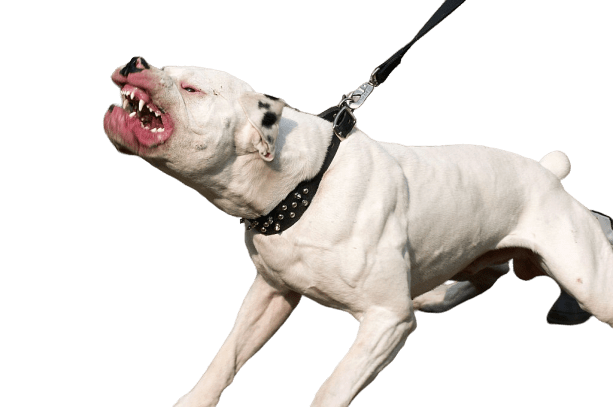 The American Bulldog packs a 305 PSI of bite force. In general, this breed of dog is powerful and strong, obvious from the muscular and bulky appearance. But they also make for great family pet. They can easily adapt in any home.

American Bulldogs are quite the caring type. They can form a strong bond with their owners. They also love to cuddle. If you want to own an American Bulldog, apart from being knowledgeable about its bite strength, you should also pay careful attention to its socialization training. You don’t want it to become aggressive towards strangers and other animals. Also make sure not to leave it bored by playing with it a few times a day. Failing to do so might leave to it having a destructive behavior.

American bulldogs don’t hesitate to attack when they feel threatened. They not only have a strong build but also a fast body. They are truly a force to be reckoned with. 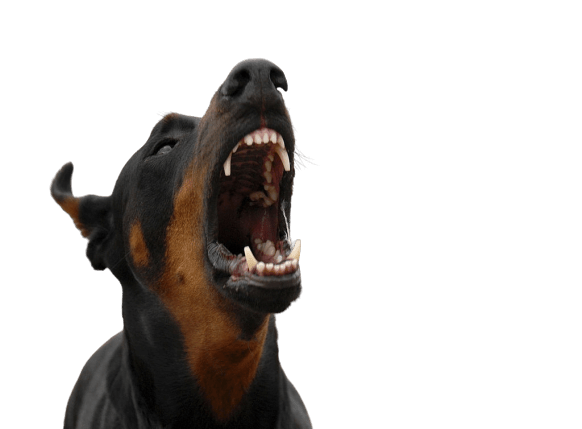 The Doberman is another popular dog commonly used by the military and police. They are also popular house pets. The name of the breed came from a 19th century tax collected named Karl Friedrich Louis Dobermann from Germany.

Dobermans are extremely smart, strong, and always alert. They are also loyal, wanting to stick by their owners side all the time. It is because of these characteristics that Dobermans have become popular physical service dogs, especially for physically disabled individuals.

Dobermans can interact well with both adults and children. But do remember to train them well. You don’t have them being aggressive and biting you with that 245 PSI bite force. 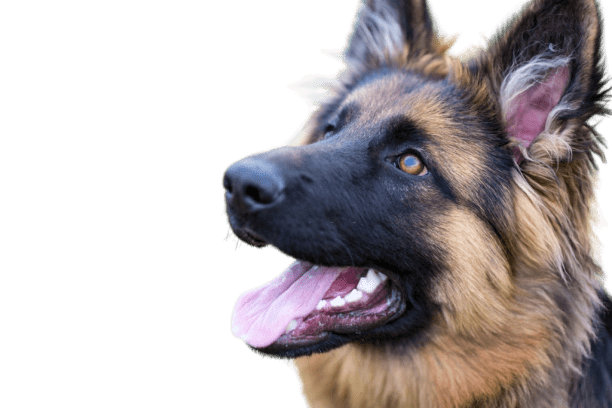 German Shepherds are also commonly used by the military and police. They have also been widely domesticated by people in both urban and rural settings. In fact, in the USA alone, the German Shepherd is the top 2 in the most popular dog breeds.

As the name of the breed implies, they were initially bred in Germany. They are extremely smart dogs used in rescue missions and investigations. They are also highly trainable, hardworking, and adaptable to different settings and environment.

Still, German Shepherds are calm and gentle in nature, which is why families also love to have them as pets. They can also make for great guard dogs. They are ready to defend their owners when they sense their danger. For instance, if a thief breaks into their homes, German Shepherds can switch to their offense mode – biting the thief with their 238 PSI bite strength which is any to break bones or inflict deep wounds to the perpetrator. 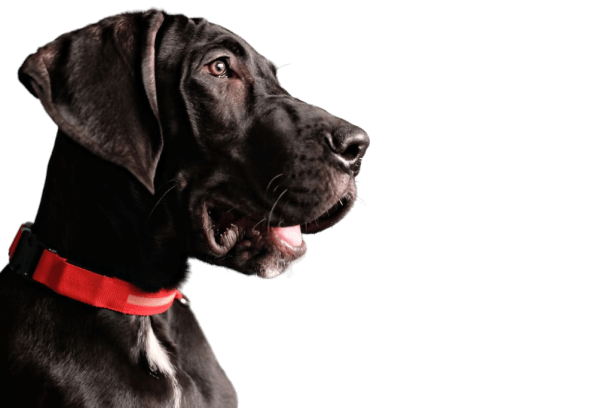 The Great Dane is also a large dog. It ranks 12th in our list of the top dog breeds with the strongest bite force at 238 PSI, the same as that of the German Shepherd. Despite of its stature and build, the Great Dane looks very elegant. However, its heart is just as big as its height.

Great Danes are sweet, patient, gentle, kind, and loving, all of which are in contrary to their huge build. They make for great family pets. But they should be well cared for. You don’t want them to become aggressive and unleash that 238 PSI bite force they are keeping in their mouths. 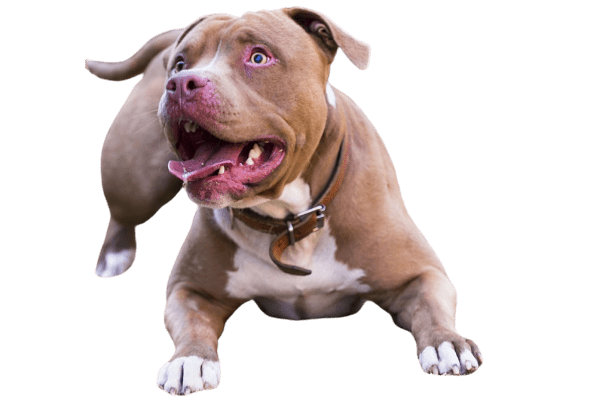 The American Pit Bull has a bite force of 235 PSI. This breed of dog has quite a bad reputation. There are a lot of misconceptions surrounding people. Instantly, people think that pit bulls are just naturally violent and aggressive. What they don’t know is that pit bulls need proper training in order to become the best company to humans as they can be. People who fail to train their pit bulls properly will really see how that 235 PSI bite force looks or feels like. 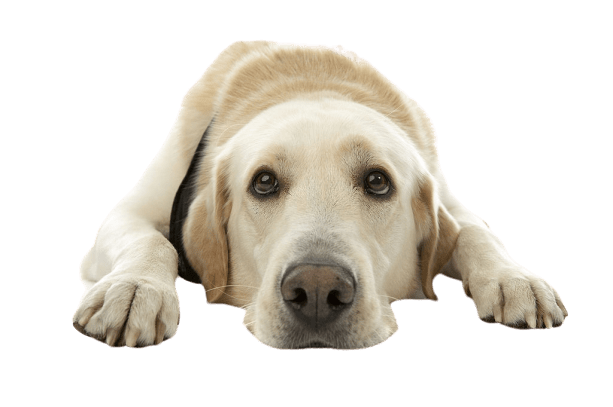 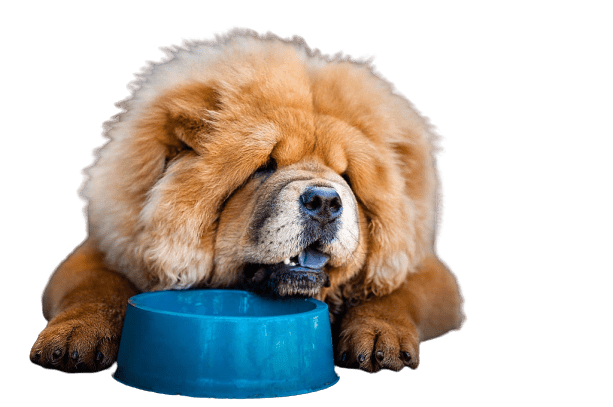 The Chow Chow may look cute but it is also considered to be one of the most violent and aggressive dog breeds of all. It also packs a 220 PSI of bite strength, enough to be considered in this list of the top 15 dogs with the strongest bite.

Chow Chows need proper training. While young, they should be socialized with people and other animals. They must learn how to play with them nicely.

Top 15 Dogs with the Strongest Bite Power By Order:

And that’s it for the top 15 dog breeds with the strongest bites. If ever you want to own any of these breeds, just make sure to train them properly so that they won’t have to unleash those powerful bites of theirs to you. Most importantly, you should train your dog not to bite. They should be trained how to act and behave around other people and animals. 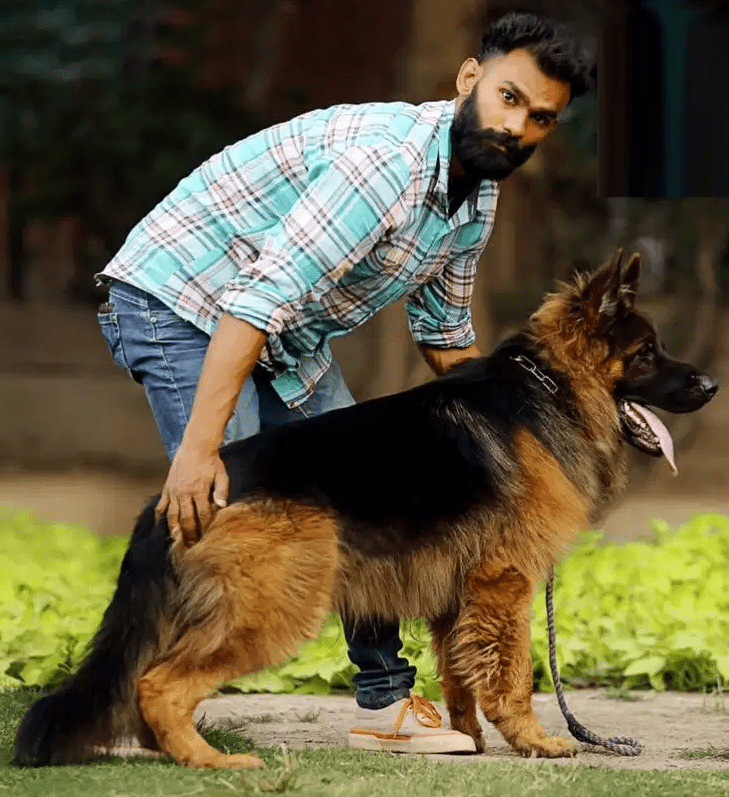 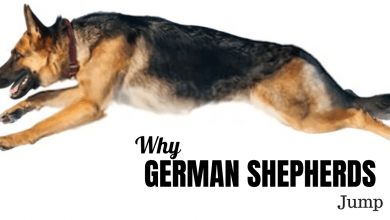 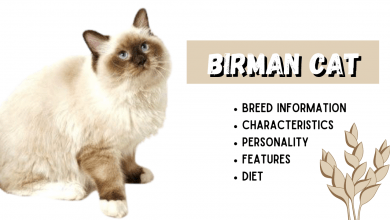 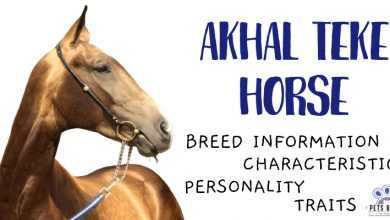 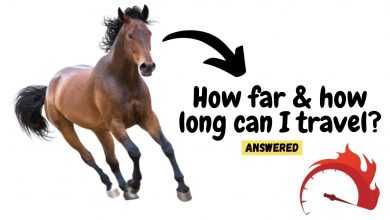